After a long two-year hiatus, drifting returned to the "Streets of Long Beach" last weekend and reclaimed its spot as the precursor to the Long Beach Grand Prix. The 'AutoZone Streets of Long Beach Presented by TYPE S' event was one of the most exciting of the season with a hyper-technical course, fierce competition, and rabid fans, that ultimately would result in TYPE S Ambassador, Vaughn Gittin Jr. landing on the podium and putting both RTR drivers within 83 points of the Championship lead. 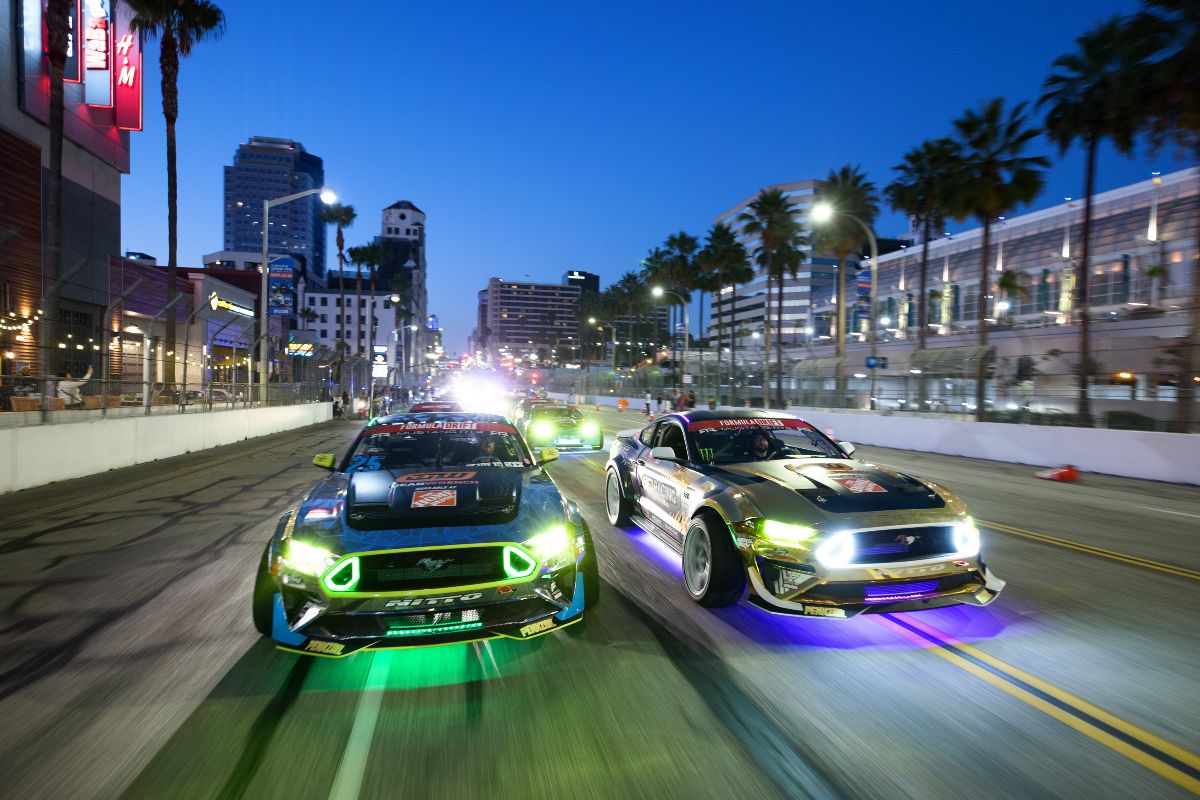 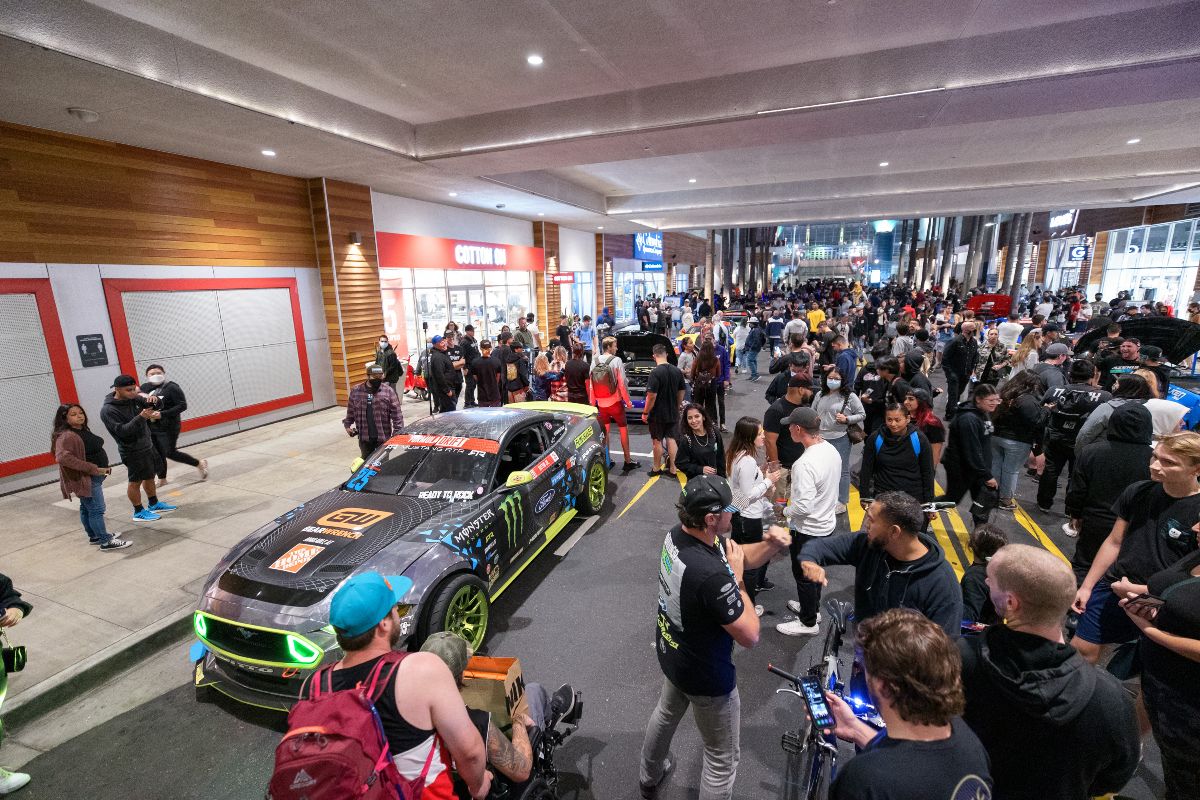 As is customary for the Long Beach Formula DRIFT event, the FD cars parade through downtown Long Beach on Thursday evening for spectators, media and passersby alike, to get the excitement pumping for the weekend. The TYPE S Pro Series LED kits lit up the streets as the sun set and took the experience to the next level.

Through adrenaline-filled competition, both TYPE S-ambassadors Vaughn Gittin Jr. and Chelsea DeNofa found themselves battling each other in the Top 8 with Vaughn ultimately taking the win and advancing on. In the Final 4, Vaughn was bested by Fredric Aasbo, solidifying his 3rd place finish, leaving Vaughn 83 points off the Championship lead in 5th place while Chelsea DeNofa remains a strong contender in 2nd place, only 19 points off of the leader.

"It was amazing to return to Long Beach after a 2+ year hiatus and the fans were back in force, ready to enjoy 2 days of drifting. The track once again proves to be one of the most fun, but also most brutal and unforgiving tracks for the teams to compete on. Teaming up with AutoZone to present this round was fantastic and their team brought some great coverage to the fans,” said Jared Chavez, Sponsorship Marketing and Events Manager, Horizon Brands, LLC (TYPE S).

"What a wild event! Chelsea and I had a one-in-a-million incident on track and made some serious contact sending me airborne. My Mustang RTR was only cosmetically damaged and I was able to continue the fun! The RTR team has left in a great spot and the championship is still within reach, we are looking forward to Irwindale,” mentioned Vaughn Gittin Jr, TYPE S fun-having ambassador and RTR Motorsports Pro Formula DRIFT driver. 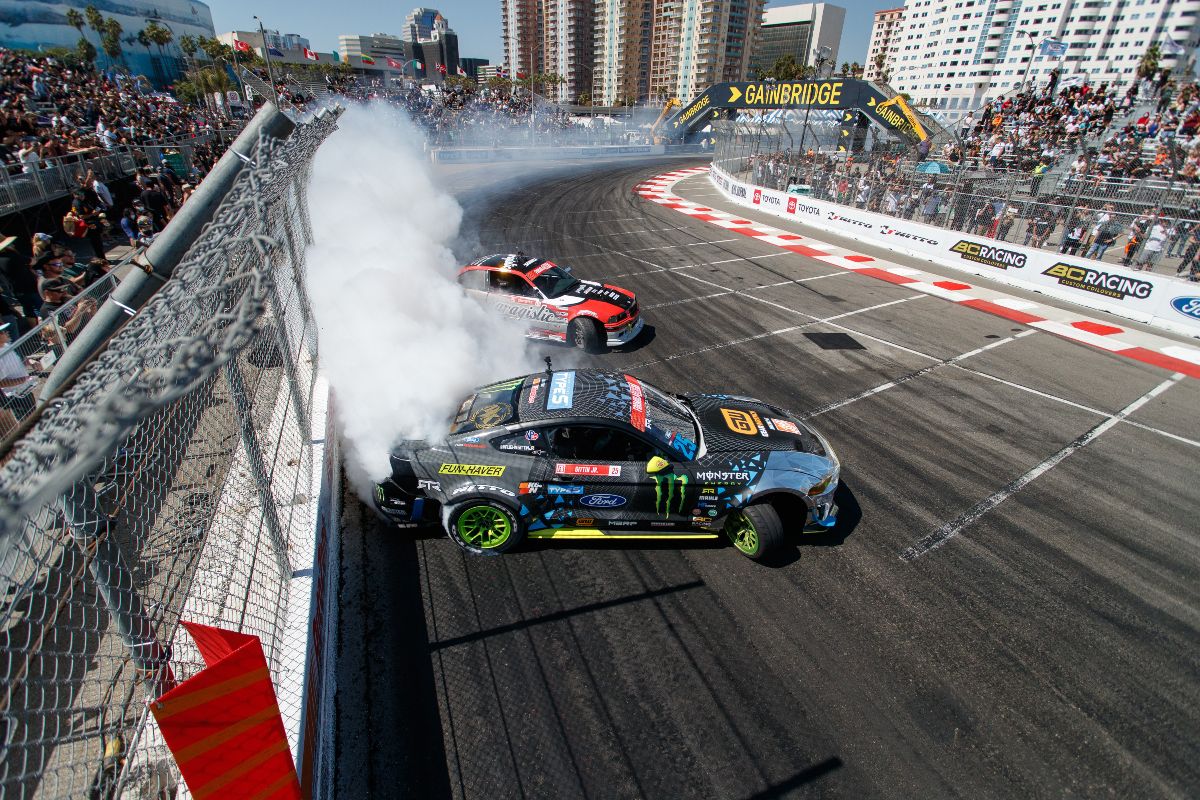 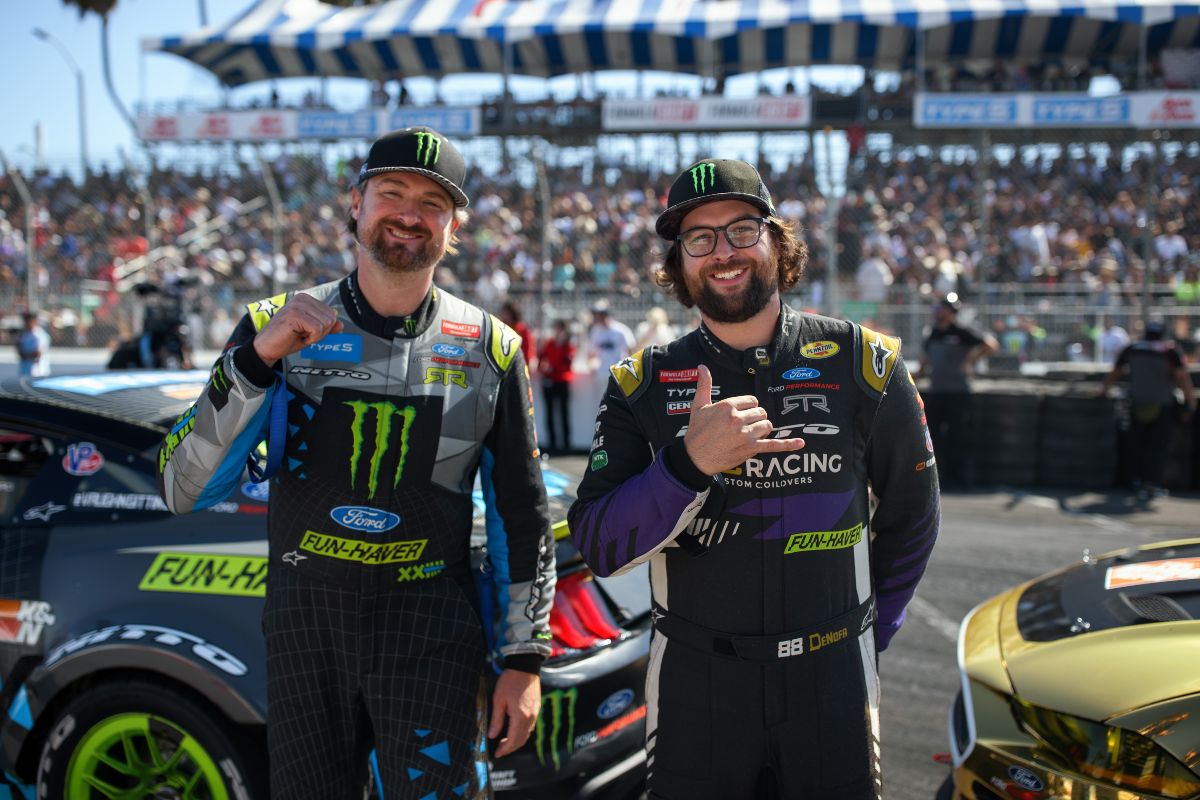 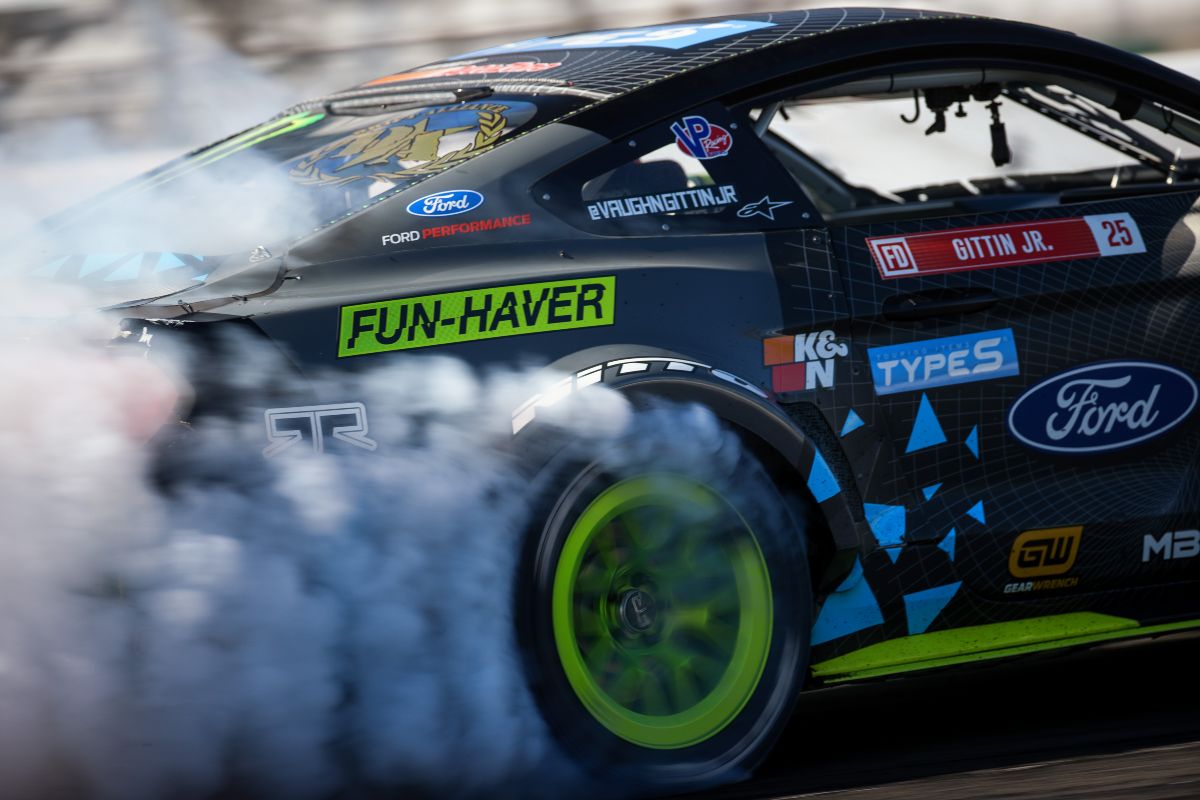 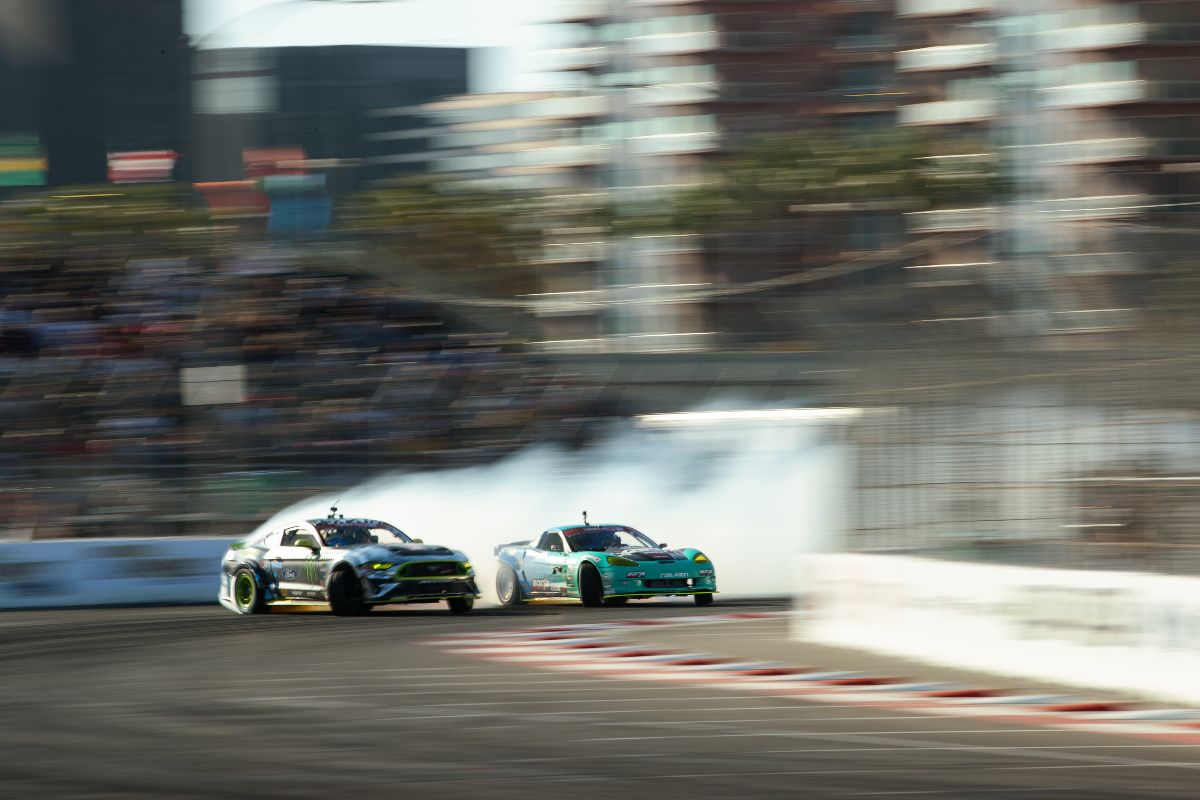 The next round of the Formula DRIFT Championship takes place in Irwindale, CA, on October 22/23.